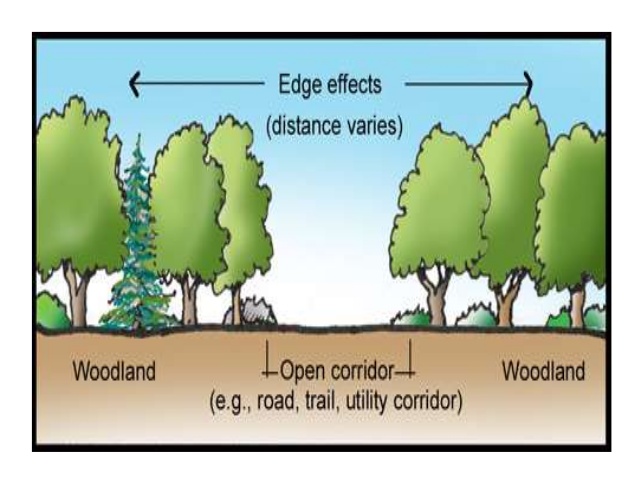 ​Edge Effect is an ecological concept describing the greater diversity along the edge of two habitats like a forest and a field. The ecosystem on the edge will have both species from the forest and the field as well as species that can only live on the interface of these two habitats.